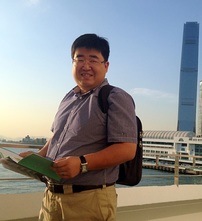 Dr. Nan Li (李楠) is  Professor of economics in Department of Economic History at the Shanghai University of Finance and Economics (SHUFE).

Dr. Li was born in Heilongjiang Province, where he received his B.A in economics from the University of Heilongjiang (HLJU) in 2004. After graduation, Dr. Li as assistant researcher, was employed by the Development Research Center for Heilongjiang Provincial Government. In 2008 and 2011, he obtained his M. Phil and Ph.D in social science (economics) from the Hong Kong University of Science and Technology (Division of Social Science, HKUST).

Currently, Dr. Li’s researches include: estimating the effect of cultural (ethnic) diversity (measured by genetic distance) on economic and political development; the economic impact of family division (Fenjia) on wealth distribution in traditional China; the origin of civilization in China; the socio-economic implication of Tang-Song Transition in China; the long-term effect of historical shock (for example, civil war, disaster) on development; industrialization and labor market in modern China, and the political economy of modern China.
Copyright© 2012 Dr. Nan LI, SHUFE